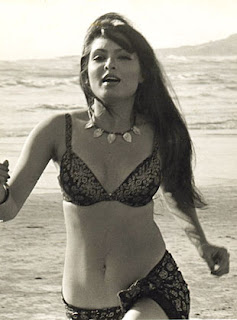 I thought I’d do mini bios of celebrities of the movie and music world that I like….. Who better to start with than my namesake! 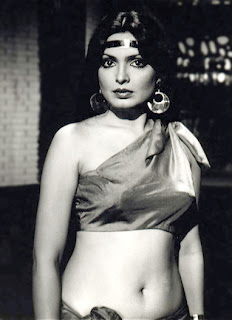 Born Parveen Wali Mohammad Khan Babi on 4 April 1949 (ironically, we share the same zodiac star and month too, but not year!) in Gujarat India, Ms Babi was the only child of Wali Mohammad Babi Babi and was born fourteen years after her parents’ marriage. 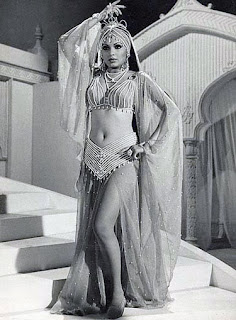 She was spotted by Hindi director/writer B.R. Ishara at Ahmedabad University where she was studying and he offered her a role his forthcoming movie, Charitraheen. And the rest is history. Parveen Babi went on to act in over 50 movies, with her last starring role in 1988 (Aakarshan). Movies in which she made famous and was fondly remembered for include Deewar, Namak Halaal, Amar Akbar Anthony, Shaan, Kaalia, Khud-daar and Kranti. 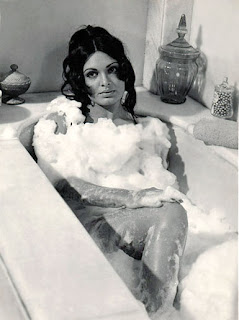 Parveen Babi did not marry but shared intimate relationships with married men such as director Mahesh Bhatt, actors Kabir Bedi and Danny Denzongpa (Amitabh Bachchan is also rumoured but the claim has not been substantiated). Mahesh Bhatt later wrote and directed Arth (1982), a semi-autobiographical film about his extra-marital relationship with Babi, and wrote and produced Woh Lamhe (2006) based on actual facts about his relationship with her. 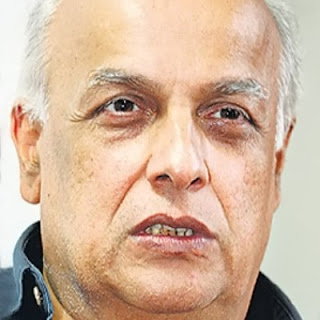 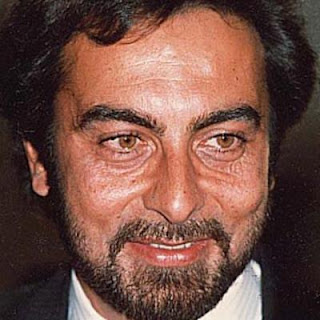 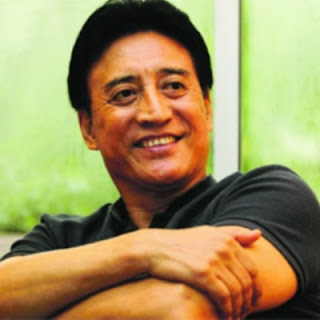 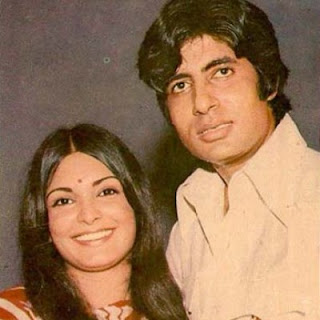 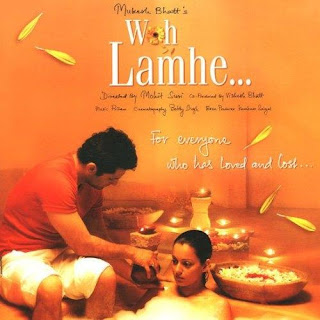 His film Arth is said to have tipped her already fragile mental health (it was speculated that she was suffering from schizophrenia) and made her a recluse. She moved to the US in 1983, to seek treatment for her mental disorder (she did not trust Indian doctors) and also for substance abuse (she was known to be taking LSD, marijuana and also drinking excessively). 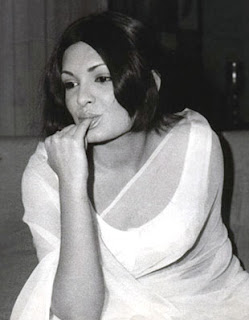 She returned to Mumbai in 2002 where she was unrecognizable as her former self after having put on a considerable amount of weight. She accused many foreign dignitaries and former co-star Amitabh Bachchan of conspiracy to kill her but her court petition was dismissed for lack of evidence. Parveen Babi was found dead, alone in her Juhu residence on Sunday 22 January, 2005. The police was alerted when neighbours noticed that she had not collected her milk or her newspapers for three days. 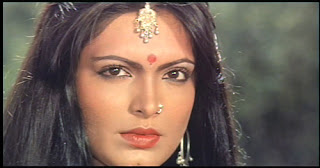 She was found to have gangrene of the foot as a complication of her diabetic condition. It was later confirmed that her cause of death was due to complications from diabetes. Filmmakers Mahesh Bhatt and Ashok Pandit performed her last rites as she had no claimants to her body (her father died when she was young and her mother a few years previously). She was buried according to Muslim rites, next to her mother in Santa Cruz, Mumbai, on 23 January 2005. 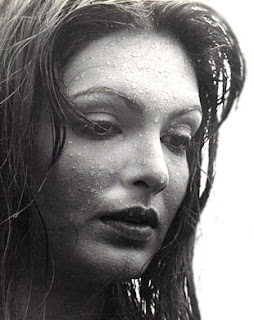 From a revered and idolized movie star and the first Indian actress to have been featured on TIME magazine's cover (in March 1977), she was alone – in life and in death.

4 VIEWER/S HAD THEIR SAY. CLICK HERE TO ADD YOURS TOO! 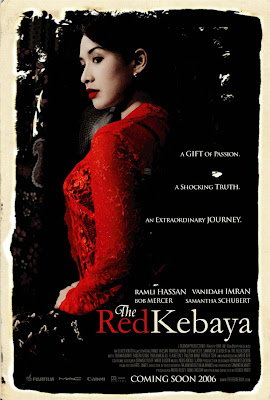 It has been nearly 17 years since I watched a new Malay movie (my mum bought me some P Ramlee movies a few years back) and I was very surprised to see a Malay movie for sale at JB Hifi. Mind you, I paid $28.95 for the DVD, so I was hoping that it would be good and I was not TOTALLY disappointed.

BTW, if you are wondering what a KEBAYA is, it is a traditional figure hugging blouse, worn with a sarong, by women in the South-East Asia region, namely in Indonesia, Malaysia, Brunei, Burma, Singapore, southern Thailand and some parts of Cambodia. It is sometimes made from sheer material (with intricate embroidery), with a chemise style lining beneath. It can also be short, stopping at the hips (see picture below), or long, usually stopping at mid thigh. 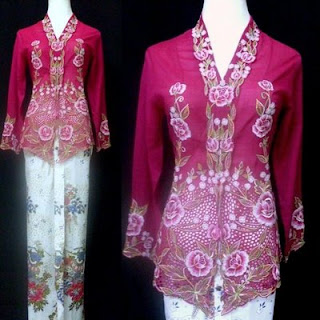 The movie is a Malaysian period drama set in the 1950s and is directed by Oliver Knott and produced by Andre Berly and Ramli Hassan. In summary, the story begins in the present day, with Latiff (Ramli Hassan, who is also the producer) a famous but lonely photographer who was orphaned as a child. He decides to photograph abandoned houses around Malaysia as his latest project and on his journey, he is haunted by images of places, children, people and a red kebaya that that he cannot comprehend. His journey takes him to the island of Penang and one day, he ‘sees’ the red kebaya in an antique shop window. As he enters the shop to inquire about the dress, he has a sense of ‘déjà vu’ when he meets the shop owner; but is told that he is mistaken - there is no red dress in the window. Latiff then sees a photograph of a house in the shop and is mesmerised by his find. He inquires about the location of the house and decides to visit it; finding it to be derelict, on the foothill of the famous Penang Hill.
Latiff finds himself transported to the past and witnesses events that occurred in the house. In his flashback, Latiff is transported to the time when the British were still in Malaya (Malaya gained its independence in 1957 and became known as Malaysia in 1963). He sees an Englishman, John Reynolds (Bob Mercer), who is trapped in a stifling marriage with his xenophobic wife. When his wife, Davinia (Samantha Schubert), briefly leaves Malaya for England, John becomes involved with a beautiful joget (a type of dance popular in Malaya until the early 70s) escort dancer, named Azizah (Vanidah Imran) who also has a young son. For the first time in a very long time, John finds happiness in his life with Azizah and her son - until a tragedy occurs.

Through this experience, Latiff comes to understand the significance of the Red Kebaya in his visions. I would not say that it was an excellent movie but it has a great storyline and would have been a better movie if it was executed properly. In my opinion, Ramli Latiff was a bit stiff in his role, maybe because of the language – he tried too hard to articulate his speech; in other words, to speak the queen’s English. Vanidah played her part pretty well but I believe that her role should have been made slightly more coy when she meets Mr Reynolds (Bob Mercer) again for the second time; noting that she is supposed to be playing a simple and demure woman, who only becomes an escort dancer in order to provide for her young son.

Bob Mercer got better in his acting as his role progressed but I think it was part of the role he played. However, Samantha Schubert stole the limelight as the detestable Davinia Reynolds, portraying a woman who obviously did not like the ‘colonies’ and found the locals to be beneath her. She played the part of a woman scorned to perfection. My main grievance was with regards to the role of Patrick Teoh, the antique shop owner. I believe the director should have introduced his role better in the movie. I could not connect to the significance of his presence in the movie.
Having said this, would I watch this movie again? For sure. And I would recommend you do too if you enjoy period films. The movie does give you a sense of nostalgia. 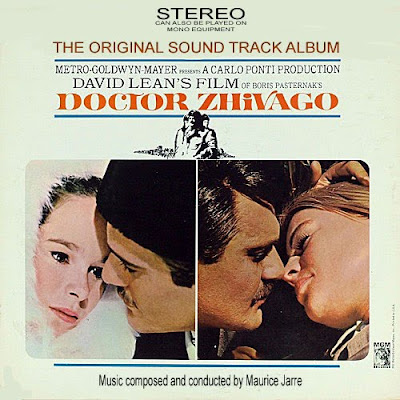 French composer Maurice Jarre wrote and conducted the beautiful and sensual music for this movie. His other hit music scores includes music from the “The Longest Day”, “The Train”, “The Collector” as well as David Lean’s “Lawrence Of Arabia”, which won Jarre an Academy Award. The music from Dr Zhivago is inspired from Jarre’s childhood, capturing Russian folk tunes, marches, ballads and dance tunes.
It took Maurice ten days to record the music, using a full orchestra of 110 pieces, 24 balalaika musicians and a section of Japanese instruments which included a shamisen, koto and a US$3000 gong. For portions of the scores, 40 people lent their voices to the instrumentals.
The result: music that evokes power and beauty that is Doctor Zhivago.
Doctor Zhivago: The Original Soundtrack
Side One

4. At the Student Cafe

6. Yuri Writes a Poem for Lara

9 VIEWER/S HAD THEIR SAY. CLICK HERE TO ADD YOURS TOO!

Veen
Australia
I enjoy English and Hindi music and movies from the 1950's to the 1970's. I have an ever growing collection of English, Hindi and Russian (yes Russsian) vinyls (over 5000 to date), hundreds of cds and cassettes and thousands of MP3s and DVDs which I am hoping to share with like minds. Most happy to take requests and will oblige if I have the media. Just drop me a line.

A Touch Of Bollywood Filmi and Gaana...

A Bit Of Everything...

The Australian Copyright Amendment Act 2006 allows copyrighted material to be used under the ‘fair dealing’ provisions of the Act without permission from the copyright owner for the purposes of research, criticism and reporting news.

This blog promotes the appreciation of out of production vinyl records. The author of this blog does not engage in buying and/or selling music in the form of vinyl records, CDs or MP3 format on this blog. Visitors of this blog are encouraged first and foremost to buy vinyl records (to maintain its posterity) and secondly, audio CDs or MP3 downloads from authorised music retailers. Any music that may be available here is meant for research, criticism, information and/or appreciation purposes only.

All photographs and written content featured at MY MUSIC MOVIE AND MUTTERINGS are by VG and may be sourced from copyright free sites and reference books unless otherwise stated. Please ask for permission before using any materials on this blog. If you are quoting from this site, please give credit and post a link back to this site. Please do not alter, transform or build upon any aspect of my work without prior consent.